A routine traffic stop went horribly wrong and ended in a police chase and the death of a local officer in Hammond, Louisiana. State Police Trooper, George Baker was a 33-year-old former Marine and is survived by his wife and daughter, as well as his sister, extended family, and friends. To honor his End of Watch, the trooper’s family and colleagues held a private service and miles-long funeral procession from Hammond to his hometown of Albany. Highway 51 was lined with strangers and friends, holding flags and paying their respects.

The memorial was held at 10:30 a.m. at the University Center of Southeastern Louisiana University on Thursday, May 28. Due to COVID-19 restrictions, the service was limited to the man’s family, his fellow troopers, and other uniformed law enforcement colleagues. To allow public access, the event was also live-streamed on Facebook. Because the fallen officer was an organ donor, the State Police Superintendent awarded him the department’s lifesaving award posthumously, as well.

Two people were arrested in connection with the trooper’s death, which marks the first police fatality in Hammond since 2015.

At Anderson Traylor Edwards, our heart goes out to the trooper’s friends and family. We wrote this piece to pay our respects and honor his sacrifice and “selfless commitment” to our Louisiana community.

We’d also like to take a moment to remind you to drive safely and cooperate with local law enforcement during this difficult time. Like many traffic fatalities, the trooper’s death was preventable. Taking care can make all the difference.

Please join us in a moment of silence for our fallen civil servant. 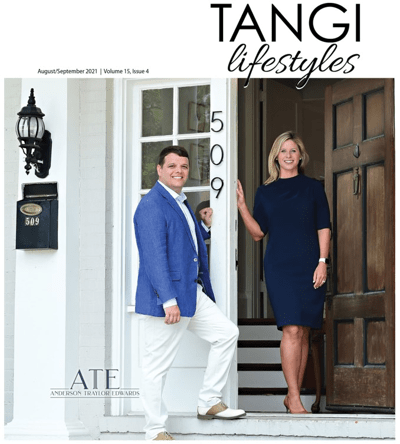 Anderson Traylor Edwards Featured on the Cover of Tangi Lifestyles

knowledge and experience you can rely on

Talk to Us Today

Need experienced local attorneys to help you get compensation for a personal injury case, handle a homeowners insurance claim, or settle an estate? Reach out to Anderson Traylor Edwards in Hammond, Louisiana today.